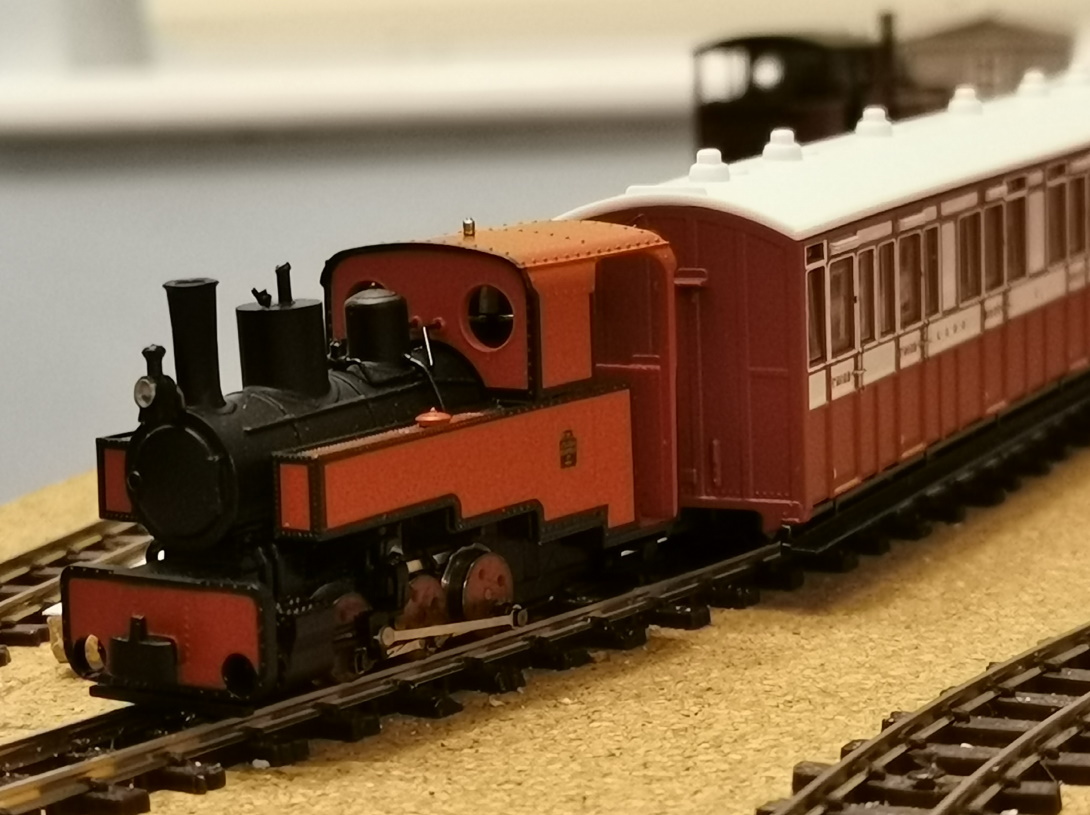 No, that’s not a typo in the title!
More work has continued on the BFR over the last couple of weeks, and a few new items of rolling stock have arrived

I’ve been doing a bit of additional work on the baseboards in preparation for adding landscaping and scenery.

A base has now been put in for the platform area and tunnel mouth at the downhill end of Llansilff. This also provides a little extra bit of support for the trackbed here.
The platform will be a very simple affair, possibly just a row of stone blocks holding back some gravel or earth. The intention is to represent a rural halt such as Plas Halt or Campbell’s Platform on the Ffestiniog, with maybe a small shelter.
The area beside it will probably contain a field or small house.

I’ve also added the base for a small ‘high level’ scenic area behind the line between Bryn Ffenics and Llansilff. This area will have a commanding position overlooking the whole railway.

I originally wanted to have some sort of castle or windmill occupying it, but was struggling to find anything suitable that would fit in the very small space available.
Eventually I settled on something a bit non-standard, the ‘Black Loch Folly’ resin building from the Bachmann ‘Thomas’ range. Although normally only available in the US, I was able to pick it up from Totally Thomas who stock a lot of the Bachmann range.
I think with a bit of landscaping, and a couple of tourists, it will suit the location quite nicely!

I’ve also made a start on the platform for Porthcadw station. It is made out of 5mm foam board, with edging made of Chooch Enterprises walling stone, cut into a strip. The top is ID backscenes self-adhesive tarmac building paper.
I’m still not totally convinced about the effect but it will suffice for now.

It doesn’t currently sit quite flat on the board, but that’ll be rectified when it’s permanently stuck down. I’m currently adding a canopy (built from a Ratio kit) along with benches, name boards and other detailing, and it’s easier to do this while it’s off the layout.

Finally, a few new items of rolling stock have arrived: